in collaboration with Giulia Fagni 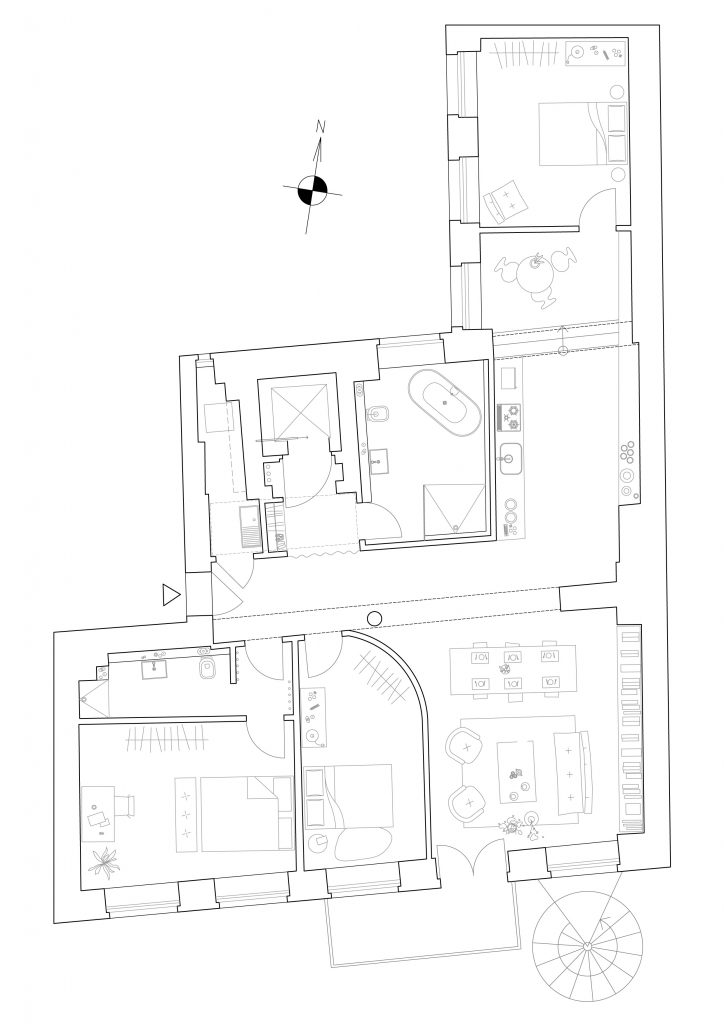 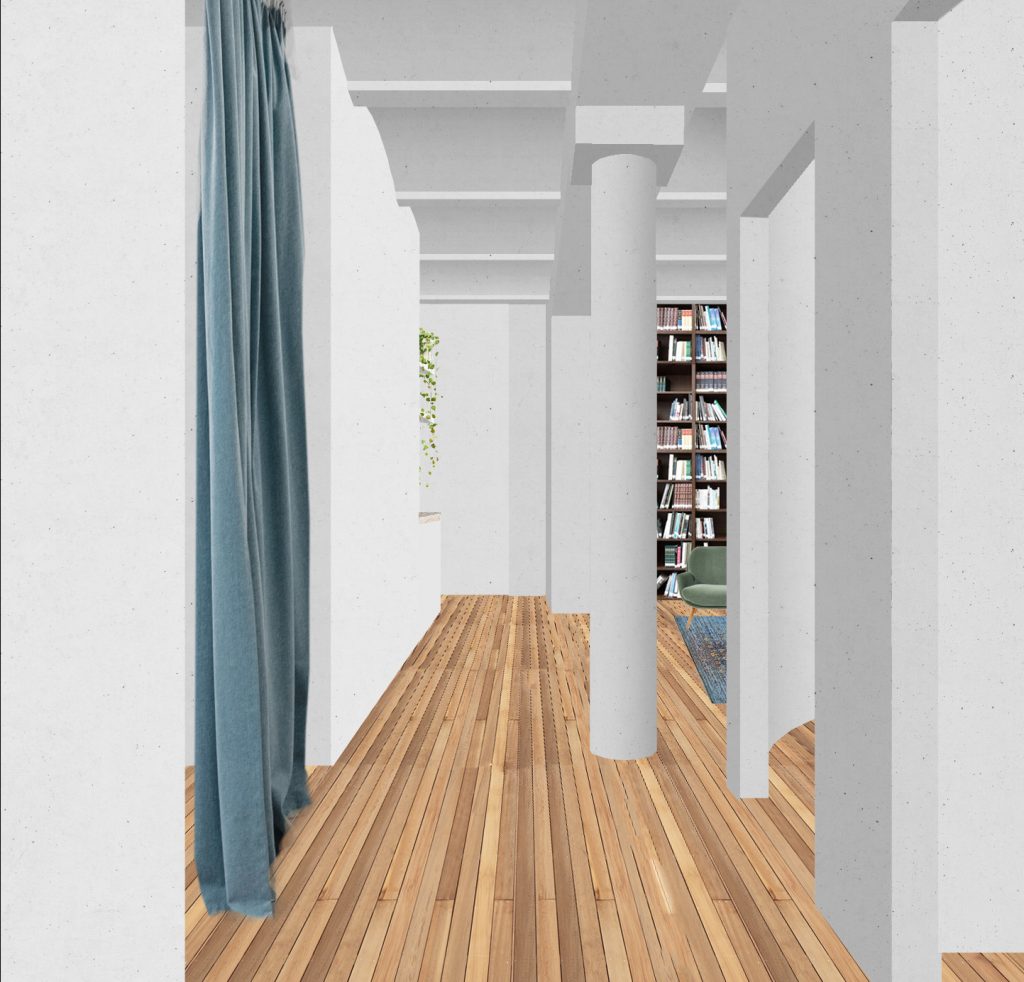 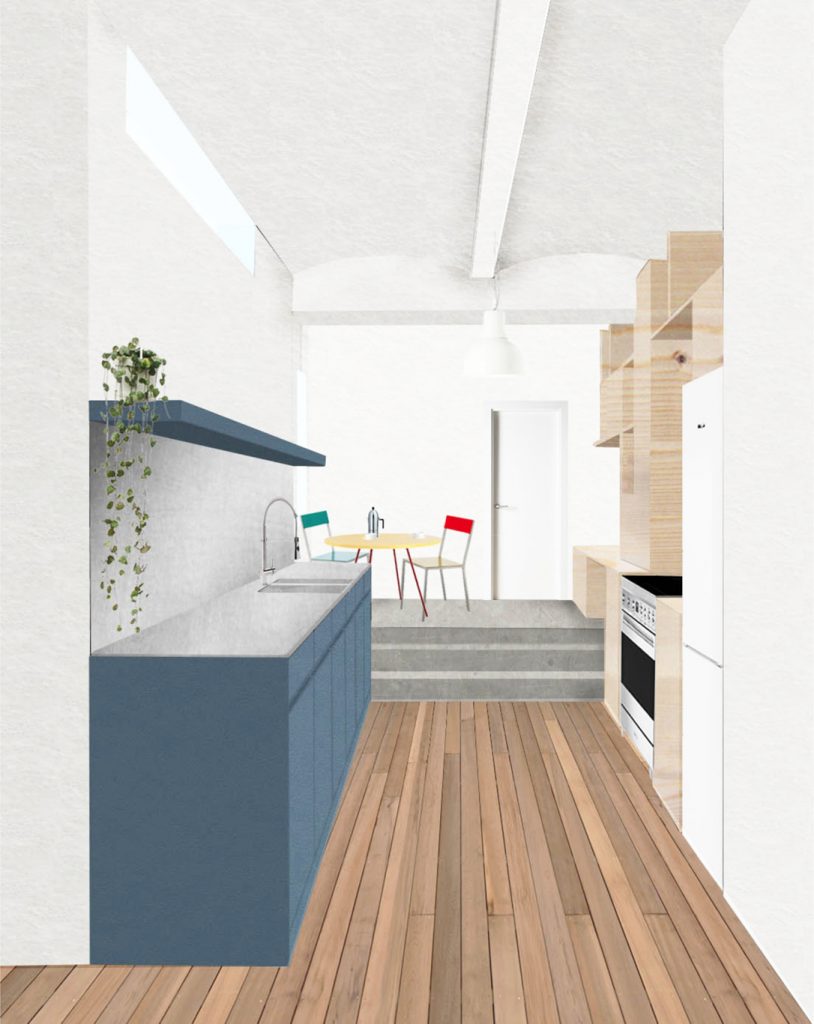 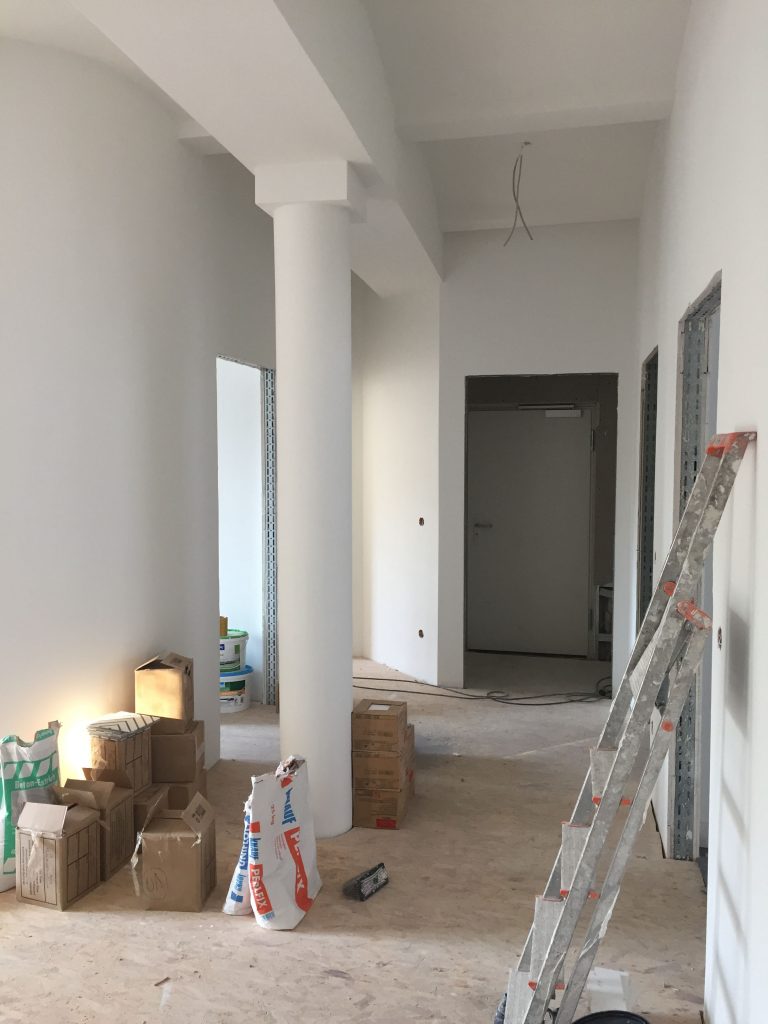 The flat is located directly north of the Berlin Ringbahn in the southern district of Neukölln. The building was constructed at the end of the 19th century and used as a factory until it was converted into apartments sometime at the end of the 20th century. The flat faces outward in two directions; one side faces west into a central shared courtyard and the other to the south towards the Neo-Baroque ensemble of Körnerpark. The challenge of the project was to preserve the traces of the flats industrial past, while fulfilling the needs of the clients. The architectural elements, such as the vaulted ceiling and single round column standing centrally between hallway and living room, were left untouched. These elements are emphasized by giving them a prominent position in the new constellation of the spaces. There are only three materials used: white plaster for the walls, high quality recycled wood for the floor, and polished concrete. The north side, which is 50 cm higher than the rest of the flat, is highlighted by the use of polished concrete, as if the floor were pushed out from the wooden boards.