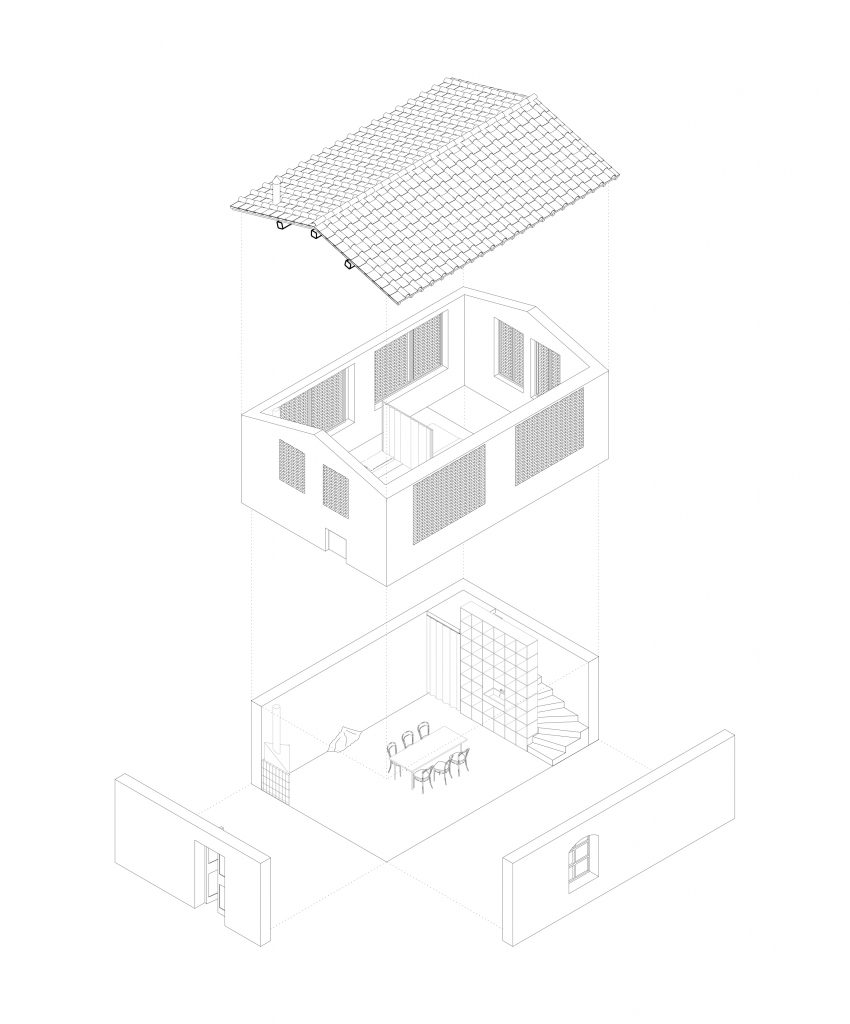 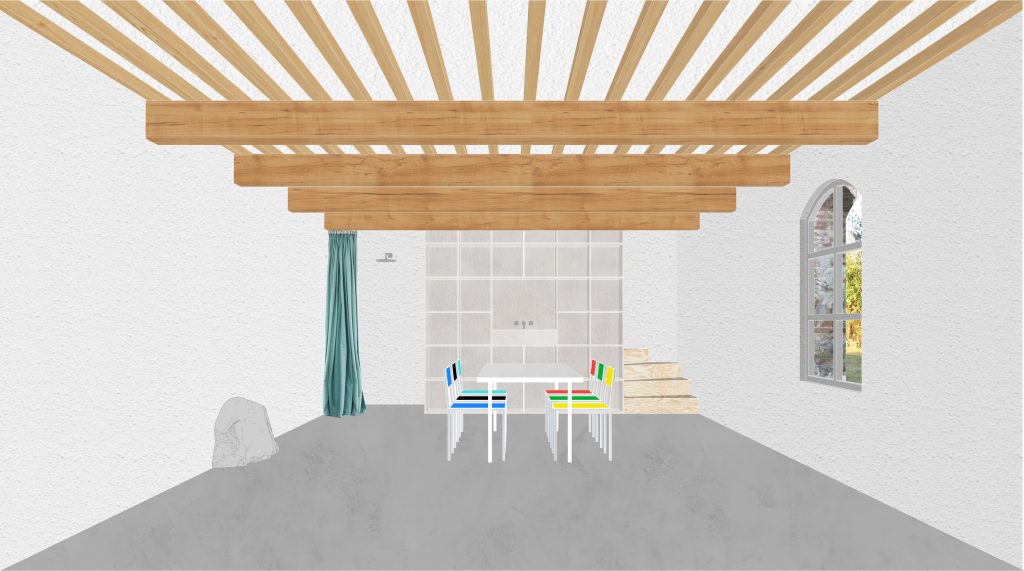 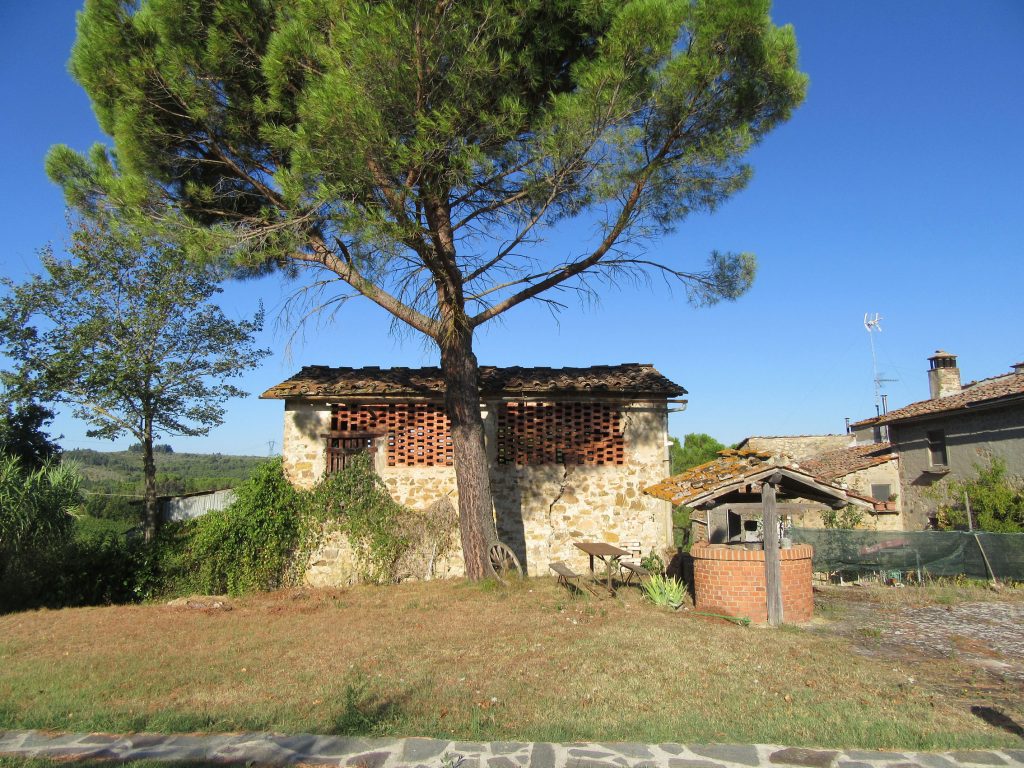 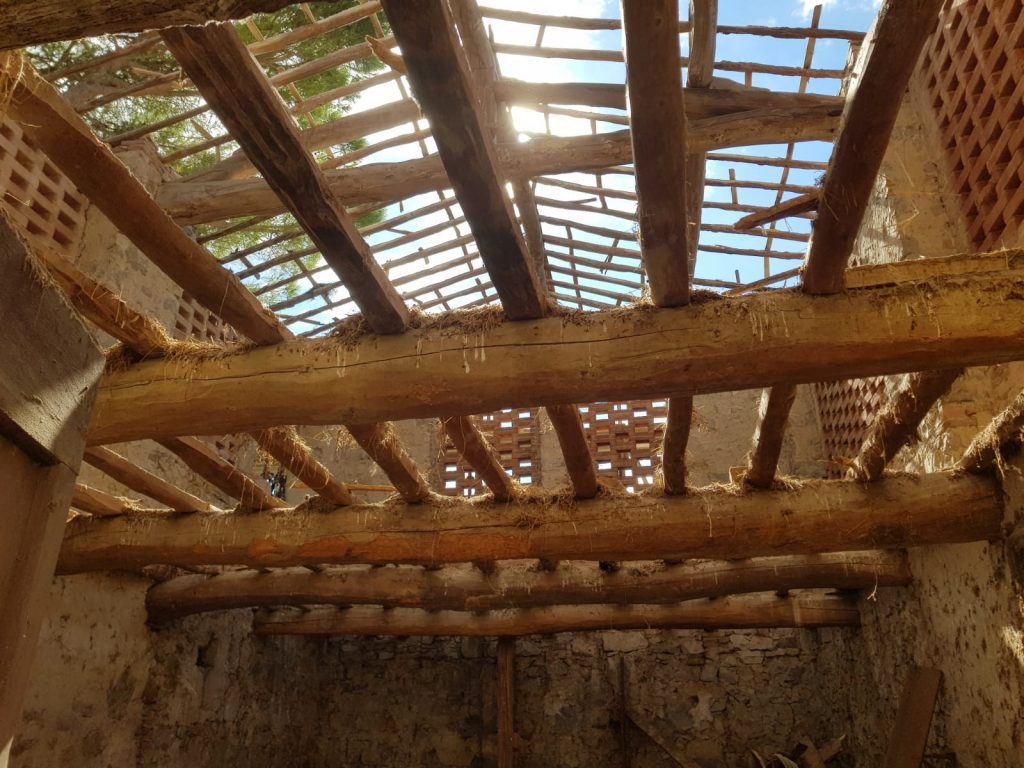 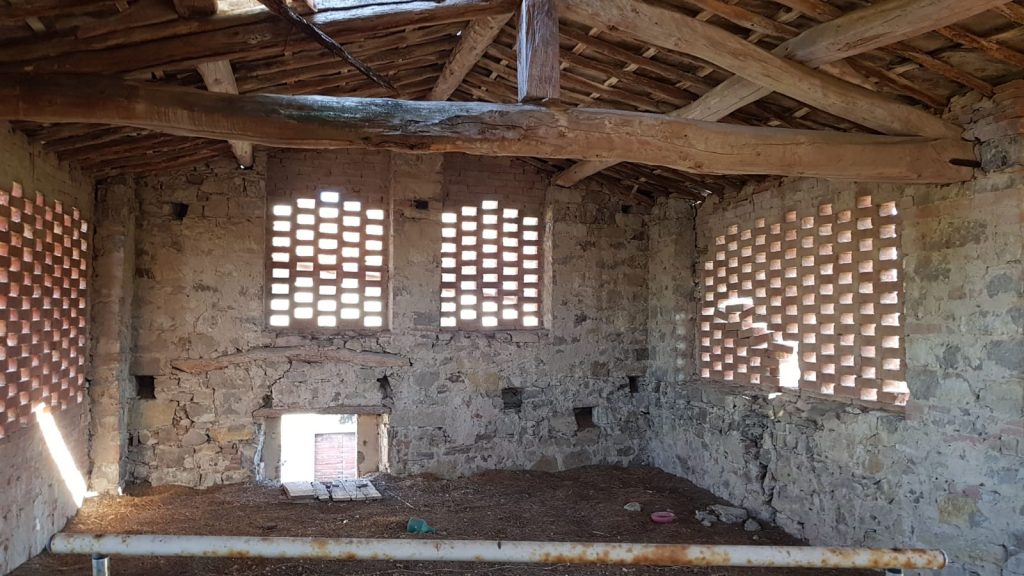 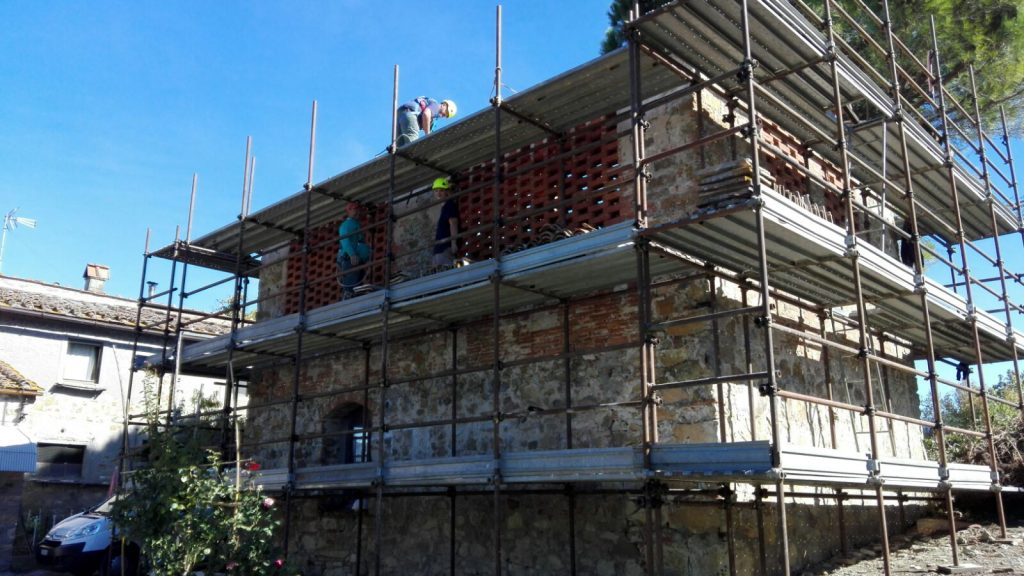 The existing structure is located in the Chianti countryside, just outside of Florence, on the top of a hill. It belongs to a larger complex that was built at the beginning of the 19th Century. The upper floor of the barn was formerly used as a hayloft and the ground floor as a trough for animals. The floor plan is a simple rectangle of 5×8 m while the facade is characterized by the use of stones and staggered bricks which facilitated the process of drying hay.

The outside won’t reveal the transformation at first sight, as the existing structure will only be structurally reworked from the inside. The original structure revealed elements and presences that before were hidden by the layering of time and uses. Reworking the old barn, a significant rock appeared from the foundation, which will be integrated as initial element in the space. Further furniture-elements will then provide the building’s new function.

The design is a collaboration with the duo Cainelliklaska, but the project also involves other people with different skills and knowledge in order to realize the furniture-elements and finishes of the house. The architect will not just be a draftsman in front of his working desk: he is considered to be an active part of the building process on the construction site as a craftsman, carpenter, painter, blacksmith, gardener, or even as a cook.